Participants will be taken to world-class geological outcrops of Early Carboniferous, Late Triassic and Early Jurassic rocks and provided with an explanation of how the rocks were formed. This includes discussing aspects such as:

Trips can be booked through this website. Participants utilise their own vehicles to arrive at, and travel between, the different localities visited on the trips. 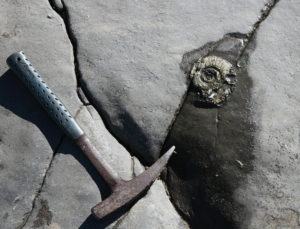